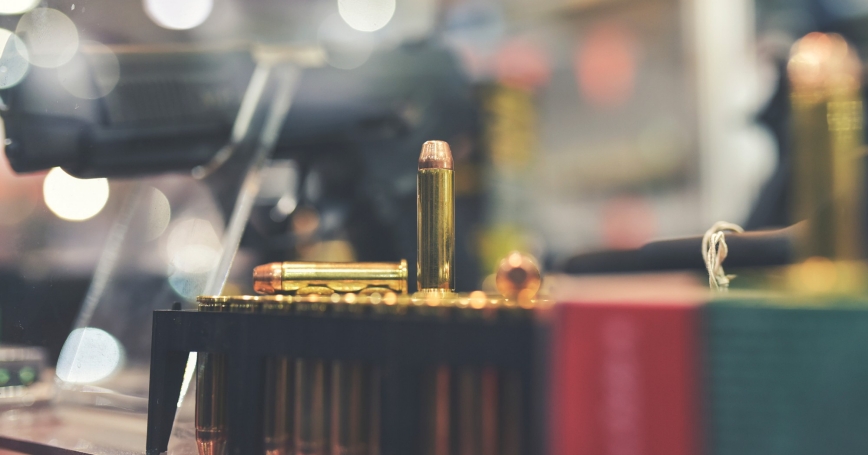 The marking of firearms and ammunition share the same objectives. They both serve as a system of classification for record-keeping purposes that account for their use, safe transportation, safe storage, quality control and can be used for tracing transfers from one user group to another. This makes marking hugely important for all aspects of arms control worldwide.

Currently there are no mandatory, globally accepted standards that regulate firearms marking. This means that practices vary widely among different producers and national users groups.[1]

The United Nations (UN) is leading the promotion of global arms control measures, which aim to combat illicit arms trafficking through more rigorous marking, record-keeping and tracing practices. For example, the UN International Tracing Instrument (UNGA, 2005) includes general indications on the physical characteristics of the markings. These should be placed on an exposed surface, conspicuous without the need for technical aids or tools to see them, easily recognisable and readable and durable (UNGA, 2005, para. 7). These markings should also include the name of the manufacturer, the country of manufacture and the serial number or other unique marking (UNGA, 2005, para. 8a). The weapon type, model and calibre are encouraged, but have not been deemed a necessary requirement.

Ammunition control has been excluded from all global instruments and agreements dealing with small arms and light weapons. Consequently, there is no global regulation or system of standardisation covering the specific aspect of ammunition marking, which, similar to the marking of firearms, means there are significant national and regional variations. In addition, the ammunition for military and law enforcement forces follows completely different systems of regulation compared to civilian ammunition.

However, it is possible to identify some basic, “universal” characteristics of cartridge-based ammunition. The vast majority of ammunition is marked at the time of manufacture for internal (proper safety, quality control and record-keeping) and external requirements (clients’ demands based on regional or national requirements). Most of these markings are applied with a head-stamp, but due to space limitations on the cartridge case and limitations of the stamping technology, the information can be minimal. Therefore, the marking will often appear on the boxes and packaging used to transfer ammunition.

Despite not being adopted globally, NATO ammunition standards currently represent the most complete standardisation for ammunition control. These standards have been formalised by NATO member states in several standardisation agreements, each of which focuses on a specific calibre and includes a list of requirements linked to the physical characteristics and technical performances of the ammunition.

For military ammunition, NATO also represents the most reliable reference point in terms of what information should be marked on ammunition packaging. This includes a NATO stock number (a 13-digit numerical code), the quantity and calibre of the ammunition, symbols representing the type of ammunition, the lot number (serial number, manufacturer initials, last two digits of the year of production) and, if applicable, the NATO symbol of interchangeability and design mark.

The spectrum of marking methods for firearms is wide, but most take one of two approaches: deformation or removal of material. “Deforming” marking methods, such as stamping and dot peen, apply the mark by deforming the surface either through impact or by compression. “Material removal methods,” also referred to as “engraving methods,” carve the material, either mechanically or with laser engraving. As shown in Table 1, both categories have distinctive strengths and limitations.

For ammunition marking, the most commonly applied marking method remains stamping, with laser engraving only being applied by a niche part of the market. Marking practices on packaging are more varied, with military and civilian ammunition having different marks based on the packaging — outer (normal packaging used for transit and storage), intermediate (between the inner and outer packaging) and inner (directly contains the ammunition). See Table 2.

Modern technologies could offer new opportunities for “digital marking,” record- keeping and tracing. For example, despite being used for several years in the commercial sector, RFID (radio frequency identification) technology, which involves transferring data from a passive tag or chip to a reader for the purpose of identification and tracking, is still relatively new in arms control. RFID technology would allow real-time access to all the information recorded for a weapon, with each one carrying its own “digital history” that delivers accurate information and reduces the risk of human error. RFID technology would also facilitate the monitoring of both weapons and ammunition transfers by the use of tags of chip strips attached to the crates/boxes.

The ability to effectively monitor arms transfers and trace firearms and ammunition remains a key security challenge for the 21st Century. The marking of firearms and ammunition supports effective tracing by enabling identification and efficient record keeping. The UN regulations provide a coherent framework of requirements for firearms marking, but the lack of globally accepted standards for the implementation of such requirements challenges the effectiveness of international co-operation in tracing. The use of “smart” technologies may support overcoming some of these challenges, but only if they are supported by a dedicated regulatory framework.

Giacomo Persi Paoli is a research leader at RAND Europe. He has been engaged in firearms and ammunition research since 2008 and has authored several publications on different aspects of arms control.

This commentary originally appeared on Defence Management Review on August 31, 2016. Commentary gives RAND researchers a platform to convey insights based on their professional expertise and often on their peer-reviewed research and analysis.